The History of Teen Challenge

In February of 1958, David Wilkerson, a 26-year old preacher from rural Pennsylvania, sat in his study reading a copy of Life Magazine. Turning the page, he saw a drawing of a trial taking place in New York City involving seven teenage gang members accused of murder.

Compelled by faith, Wilkerson traveled to Manhattan in an attempt to share the Gospel of Jesus Christ with the teenage defendants. As the trial ended, he rushed to the front of the courtroom with his Bible and pleaded for an audience with the Judge. Consequently, security guards ejected him from the courtroom with orders to never return. Wilkerson instantly made headline news as the Bible preacher who interrupted the gang trial.

Seeing the lives of teens decimated by drugs, he founded the first Teen Challenge program in 1960 in New York to reach gang members and drug addicts with a message of God’s life-transforming power. In 1962, he authored the best-selling book The Cross and the Switchblade, which has now sold over 16 million copies and distributed in over 30 languages and was later made into a major motion film in 1972 starring Pat Boone.

The History of Teen Challenge Southeast

Over 25 years ago, God spoke to a successful, Florida, businessman, named Bob Manderscheid, that He wanted to do something special through the local Teen Challenge and that one day, “People would come from all over the world to learn from Teen Challenge of Florida.” Bob knew that God had even pointed out the guy that would help make that happen…

After much coercion, Jerry and Libby Nance visited the Teen Challenge Center in Florida. Once the surveying of the dilapidated conditions of the men and women’s centers was complete, the couple realized that they couldn’t escape the task that God was calling them to, “To rebuild the walls of the ministry and restore the stones to life, so drug addicts could be set free.”

In 1991, the Nance’s left a successful pastorate in Arkansas and moved, with their three children, to Winter Haven, Florida to begin their work with 35 men and women and a handful of staff, in a rented facility. 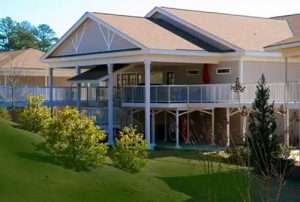 Today, Teen Challenge of the Southeast spans six states, with 21 centers and 285 staff members. The region has partnered with Global Teen Challenge to start centers overseas as well, including the newest location in Nicaragua.

Incorporated several years ago, the Lakeside Conference Center was built as a training facility for students, staff and families. Regional, as well as global conferences, are held at this facility where people from other states and even countries come to be enriched, encouraged, and trained.

Today, we see God fulfilling the dreams and promises that He planted in one special man more than 25 years ago. A faithful family said “yes” to God and now there are residential centers for boys, girls, men, and women – to give them and their families hope for a brighter future.

Our vision and dream is to reach more at-risk teens and adults struggling with life-controlling problems and to disciple them to become productive citizens of society. With God, dreams really do become reality – the Teen Challenge Southeast Region is certainly proof of that.